A bombing raid would be initiated by a meeting at Bomber Command Headquarters in High Wycombe, chaired by Arthur Harris who would decide the targets for that night based on intelligence and weather reports.
The detailed planning would then take place and the squadrons involved would be briefed by about 10.00 o'clock, allowing them to prepare the right bomb and fuel loads for the aircraft.
The ground staff would spend the day preparing their machines: reparing any damage, servicing the engines, control systems, communication systems, oxygen systems etc. - sometime working in awful weather conditions out on the dispersals. (to be continued...) 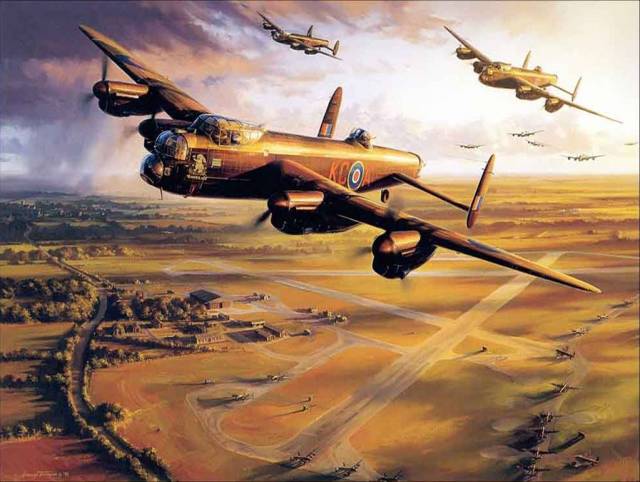 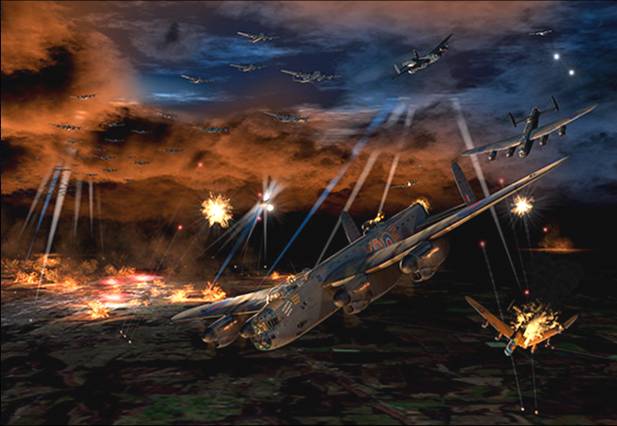 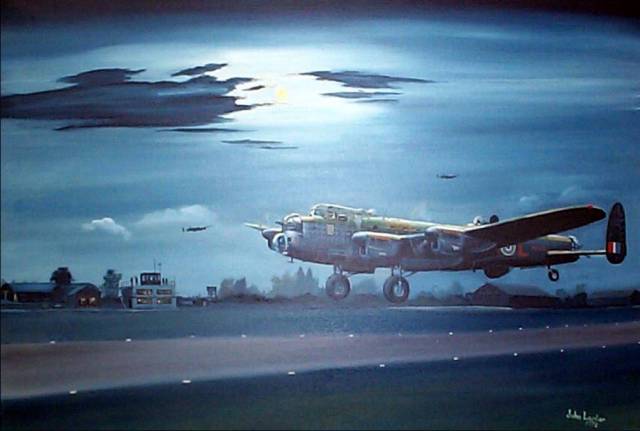