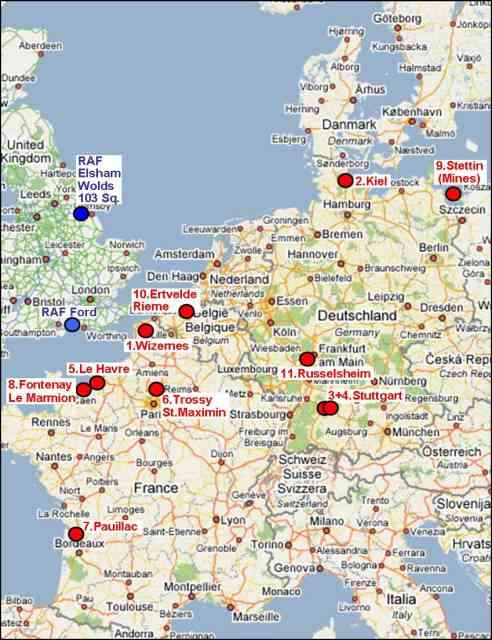 Lancaster ND632’Y’ was detailed for bombing operations on the night of 25/26th August 1944. The target for that night was the Opel motor vehicle factory at Russelsheim near Frankfurt. 412 bombers took off and 15 were lost. ND632, PM-Y for Yoke, took off at 8:13 in the evening. This plane had been with the squadron since Feb and had done 319hrs.
On its return to base Norman’s aircraft flew over Ford (Sussex) Aerodrome at approximately 03:15 on 26th August and, owing to inflicted damage (from friendly fire) fired a red verey light and was given permission to land. After making a round circuit approach, the Lancaster missed the runway in the mist & dark and hit 4 parked aircraft (2 Mosquitos & 2 Beaufighters of the Fighter Interception unit) and finally a hanger. The aircraft caught fire and all seven crew members were killed in the crash.