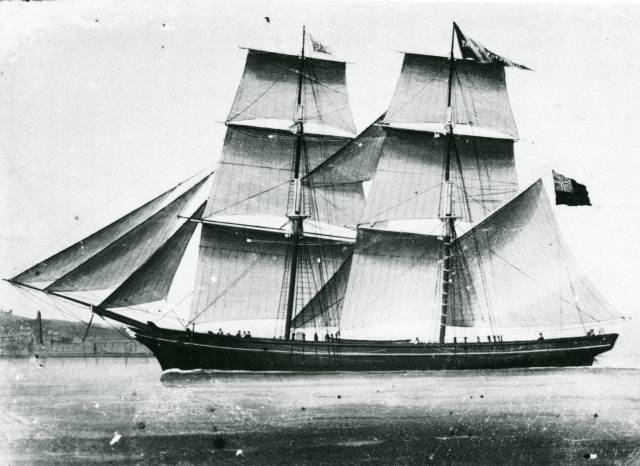 The Fanny Fothergill was built in 1865 by David Jones for her owner and master John Hughes and was registered at Aberystwyth for 20 years before being sold to Fleetwood owners.

The Fanny Fothergill was used to carry sugar from the West Indies to London or Glasgow. She traded between Genoa and Antwerp, and she also sailed to South America.
In one extremely long voyage she sailed from London in Sept 1874 to South Africa then on to the Seychelles, Sri Lanka, India, Australia and New Zealand before finally returning to Liverpool in May 1877.
In Australia she was recorded as arriving at Sydney on 3rd April 1876 and her crew were listed as:

By 5th September she was recorded as being in Auckland in the local newspaper the Daily Southern Cross, and then leaving on 21st September for Melbourne.

Later in her career the Fanny Fothergill was converted to have three masts.

The Fanny Fothergill was lost with all hands in January 1911 carrying scrap iron from London to Llanelly. She was not seen again after a stop at Falmouth.