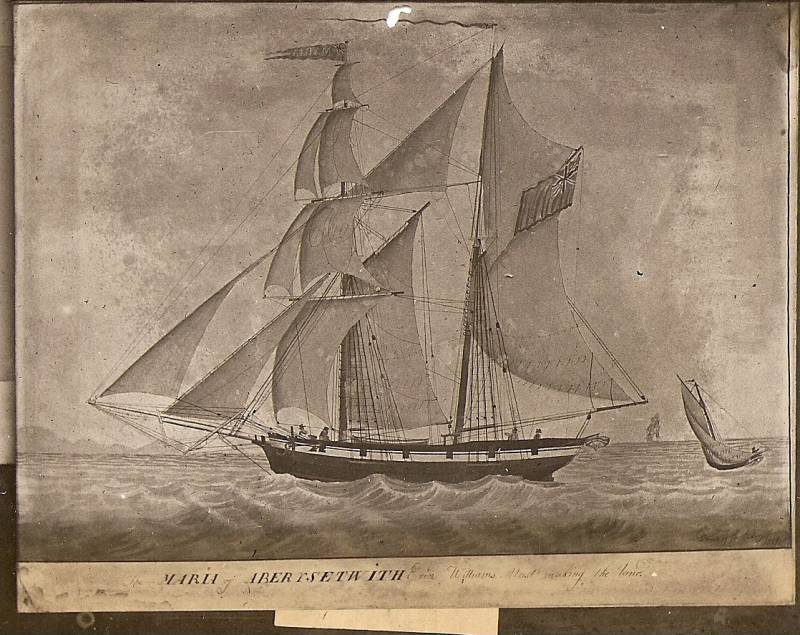 Lloyds Register lists a Maria of Aberystwyth that was built in 1811 and rebuilt and lengthened in 1839 after which she is recorded as a schooner. It is possible that the picture above is of the Maria before her re-fit.

There was an Evan Williams, Master Mariner, born in Borth in 1805 so this could be the captain referenced in the caption.

The Maria must have still been sailing in 1874 as there are crewlists at the National Archives for that year.