Llewellyn was born in 1868 in Llantwit Fardre and moved with his parents to Pontycymmer
in the Garw Valley around 1880. He then lived through the the explosive growth of coalmining
in the valley, working as a blacksmith at the Ffaldau Colliery.

It was his activities outside work that made him into a well known & respected character in
the Garw and led to a presentation by the inhabitants, in 1939, of an < Illuminated Album >
recording his achievements in public life.

From this and articles about him in the local press and other sources, I've put together a story
of his life:   < Llewellyn Jones Story >

I've also put a few words together on my own brief < personal experiences > of Pontycymmer when I visted
my grandparents - Brinley and Mary Jane Jones - as a child.  Brinley was Llewellyn's son. 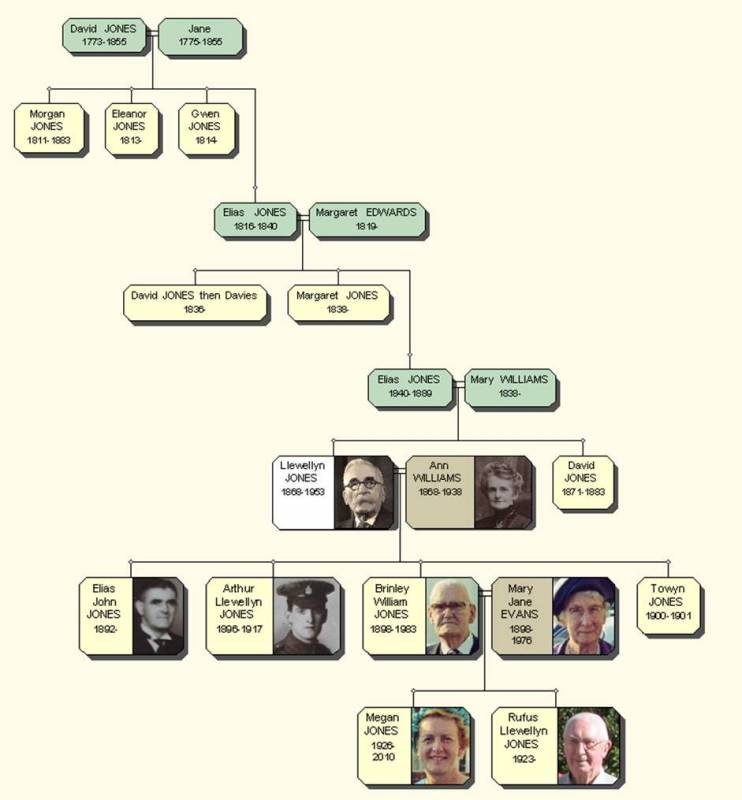